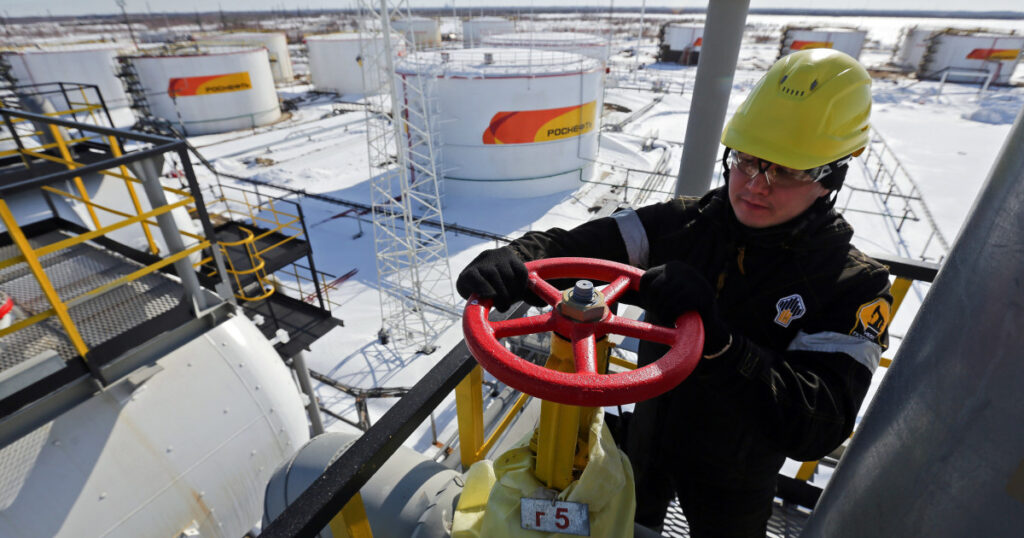 “We’re banning all imports of Russian oil and gas and energy,” Biden said in remarks from the White House. “That means Russian oil will no longer be acceptable at U.S. ports and the American people will deal another powerful blow to Putin’s war machine.”

The president warned that the move would probably increase gas prices in the U.S., but that it was necessary to ramp up sanctions pressure on Russia’s economy for its war on Ukraine.

“Putin’s war is already hurting American families at the gas pump,” Biden said. “I’m going to do everything I can to minimize Putin’s price hike here at home.”

Biden’s language clearly anticipates a concerted Republican effort to blame him directly for the rise in gas prices, which hit a record in the U.S. on Tuesday. With gas prices certain to become a huge political issue in this year’s midterm elections, Biden devoted much of his remarks to focusing American anger directly on Putin, while also encouraging U.S. energy companies to produce more domestic oil.
Read More
www.nbcnews.com