Salon – Nine words that shook the world: What was Joe Biden thinking?

What were voters thinking? 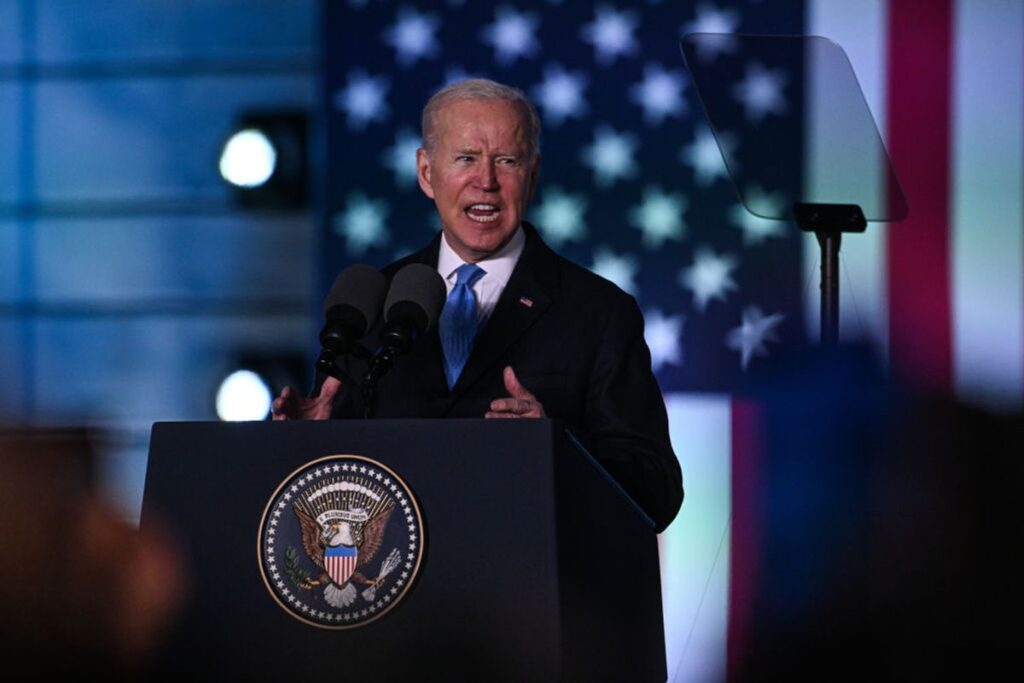 Nine words that shook the world: What was Joe Biden thinking?
Ever since Joe Biden ended his speech in Poland on Saturday night by making one of the most dangerous statements ever uttered by a U.S. president in the nuclear age, efforts to clean up after him have been profuse. Administration officials scurried to assert that Biden didn’t mean what he said. Yet no amount of trying to “walk back” his unhinged comment at the end of his speech in front of Warsaw’s Royal Castle can change the fact that Biden had called for regime change in Russia.
They were nine words about Russian President Vladimir Putin that shook the world: “For God’s sake, this man cannot remain in power.”

With a reckless genie out of the bottle, no amount of damage control from the president’s top underlings could stuff it back in. “We do not have a strategy of regime change in Russia, or anywhere else, for that matter,” Secretary of State Antony Blinken told reporters on Sunday. Such words might plausibly have less than full weight; Blinken was chief of staff at the Senate Foreign Relations Committee when, in mid-2002, then-Sen. Biden wielded the gavel at crucial hearings that stacked the deck in support of the subsequent U.S. invasion of Iraq, with the explicit goal of regime change.
Read More
www.salon.com